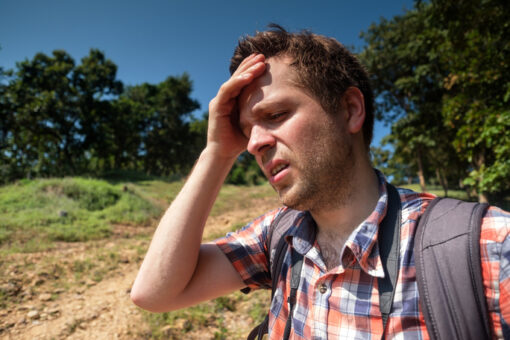 The fact that drinking alcohol before getting behind the wheel is a poor idea is now well known to almost everyone. But did you know that it isn’t only excessive drinking that should be a cause for concern?

If you get dehydrated as a result of drinking too little, you may be in risk. In fact, according to a research published in the Journal of Physiology and Behavior, dehydration may render drivers approximately as error-prone as they would be if their blood alcohol content (BAC) was beyond the legally permissible level.

The tiny research that was undertaken at Loughborough University in England to explore this idea was the first of its kind. To conduct the study, the researchers asked 12 male volunteers to participate in two driving simulator sessions, one while they were well hydrated and the other when their fluid intake had been restricted to the point of moderate dehydration.

When the drivers were dehydrated, they made far more mistakes throughout their two-hour driving simulator sessions, according to the results. They made more than twice as many errors while they were dehydrated (a total of 101 errors) as they did when they were properly hydrated (47 errors). This finding is comparable to what would be observed when comparing drunk drivers with blood alcohol concentrations greater than .08 to sober drivers.

What is it about dehydration that is so dangerous?

The reason why not drinking enough water might lead to an increase in driving errors may be unclear to you at this point. Water is required by the human body for a variety of critical physiological functions, including blood circulation, metabolism, body temperature control, detoxification, and brain functioning, to name a few. When the availability of water is restricted, the efficiency of these operations is hampered.

It is possible that the driver’s cognition, attentiveness, and short-term memory may be impaired, with potentially significant repercussions for the safety of the driver, their passengers, and everyone else on the road.

Is it necessary to be concerned about dehydration when driving?

It is true that every motorist has to be aware of the hazards of driving when dehydrated. When the researchers tested for dehydration, they found that the level was very mild—similar to the state that a person would find themselves in at the conclusion of a long, hectic day or following a lengthy road trip.

Due to the fact that even slight dehydration can increase your risk of making a driving error by double, you should be on the lookout for this hazard and make sure you drink plenty of fluids. Perhaps this will save you from being a victim of an automobile accident.

If you are involved in a car accident, remember that you can contact Law Offices of Michael A. Kahn at (310) 209-1600 to request a free legal consultation.