Home » Blog » The Number of Fatal California Car Accidents is On the Rise: Why?

The Number of Fatal California Car Accidents is On the Rise: Why? 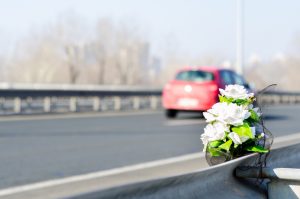 The National Safety Council has released numbers that are startling to many in the industry. They show that fatal car wrecks are on the rise both in California and throughout the state. The data compared 2015 and 2016 California data to find that there was a 14% rise in fatal car accidents and a 19% rise when compared to 2014.

These numbers are startling but at this point, they’re just raw numbers. We know how many traffic deaths take place on these public highways and roads, as well as private property, but they haven’t been analyzed by traffic experts. The best guesses industry experts are sharing is that these sharp increases are likely a result of more people being distracted while driving, increases in driving under the influence, and speeding.

California wasn’t the worst in the country

There’s nothing to be proud of in our numbers but it is important to put them into perspective. For example, we were not the largest percentage of increase. On the other hand, we did have the largest increase when you compare straight numbers. Consider that 3,680 people died in auto accidents in 2017 while 3,249 died in 2016. Nationally, over 40,000 people lost their lives in traffic accidents around the country.

An interesting point: San Francisco actually saw fewer traffic deaths between 2014 and 2015 and a decrease in pedestrian accidents in 2016. Some safety pros are looking at changes in San Francisco’s laws to see what the difference may be.

The manager of the National Safety Council has been clear that the numbers haven’t been fully analyzed and are just guesses at this point, but he does believe that the main reason these numbers are on the rise is because of distracted driving. He points to previous years, when there was great concern that simply talking on the phone may be dangerous. Now people are texting, getting on social media, etc. while they’re driving.

In 2015, the deaths that were directly caused by distracted driving went up 10%. Keep in mind that these numbers can be challenging to determine because when a person dies, we can’t always know if they were on their phones when they got into the accident. Likewise, others who are on their phones are not always going to tell the truth

If you’ve been involved in a car accident and have been injured then we hope you’ll call Law Offices of Michael A. Kahn at (310) 209-1600 as soon as possible. We can help you find the best possible way forward and help you get the compensation you deserve.