California’s Collateral Source Rule Prevents Your Damages from Being Reduced 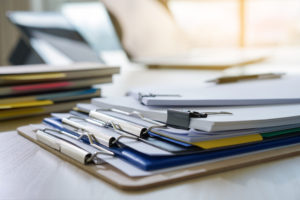 If you are injured in a California car accident or other type of accident, it is normal to feel overwhelmed and unsure of how to proceed. Not only are you dealing with the physical and emotional results of your injury, but you may have financial stress too. Many people have lost income due to not being able to work and are at the same time looking at ever-increasing medical bills. If the accident was someone else’s fault then you may be able to hold them accountable for the economic damages.

The defendant is going to work to minimize the amount paid

The defendant in a personal injury case, or, more likely, their insurance company, will likely do everything they can to reduce the amount of damages you receive. One why they may want to do this is by pointing out that you have received compensation via a third party. The good news is that the collateral source rule actually makes this illegal to bring up. Whether you received insurance benefits, money from workers compensation, or social security benefits is entirely irrelevant to your personal injury case.

What exactly is the collateral source rule?

It is a legal doctrine that has existed for centuries. The purpose of it is to protect those who have been injured in accidents. If a person is injured then they should be able to have access to all money they need after suffering from an injury. If said person has been compensated via third party, that should not have an effect on what the plaintiff owes. There are two functions of the rule.

The first function is the evidentiary function. Put simply, it is a rule that implicates the rules of evidence and assures that the defendant cannot bring up third party payments the plaintiff has received. The second function is substantive. This has to do with a person’s rights and obligations in their civil case and protections the victim’s rights to recover the damages they are owed. In short, it means that a victim’s damages cannot be reduced just because they have received compensation from a third party.

There are exceptions to the collateral source rules

As is true of most rules, there are a few exceptions to this one. Evidence of benefits / payments from a third party are admissible if you were injured by malpractice but have already received insurance benefits to cover the billed medical costs or you have received reduced medical bills. It makes sense that you would not be reimbursed for medical bills that were eventually reduced before being paid.

Do you have questions about this or other rules regarding personal injury lawsuits? If so, contact Law Offices of Michael A. Kahn at (310) 209-1600 now. We can get you a consultation to answer all your questions, no matter how general or specific.