Home » Blog » Ask a Personal Injury Attorney: How Much is My Car Accident Lawsuit Worth?

Ask a Personal Injury Attorney: How Much is My Car Accident Lawsuit Worth? 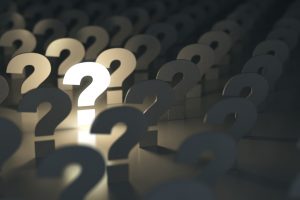 At Law Offices of Michael A. Kahn, one of the first questions a potential client will as us if they’ve been in a car accident is what their case is worth. The truth is that there’s no general number we can give you. It all depends on who was at fault, what each person’s amount of fault was, and the total amount of damages. Read on to learn more and then call us at (310) 209-1600 if you’d like to get a free consultation where we can give you a better idea of your options.

A lot depends on fault

In California, auto accident lawsuits and other personal injury suits are based on comparative negligence. This means that a person can be partially at fault and still be eligible for an award. However, their damages would be reduced by the percentage of their fault as determined by the judge or jury.

For example, let’s say a person with a brain injury was speeding when they were involved in a car accident. The accident was actually caused by someone else running a red light, but the person with the brain injury’s speed is considered to be partially responsible. As a result, they’re considered 30% at fault. If their total award was $1,000,000 then it would be reduced by their at-fault percent – in this case 30%. In this example, they would take home $700,000.

Medical bills have an impact

However, California law is clear that if a person is injured in an accident, there are specific damages they’re entitled to. This includes past and future estimated medical bills, lost wages, lost earning capacity, pain and suffering, and real damage to property. Remember that insurance companies have a single priority: Paying as little as possible to those who make claims.

Insurance companies often refer to accidents a MIST cases. This stands for “minor impact soft tissue cases.” For example, a neck or back injury. Insurance companies try especially hard to underpay these claims, but these injuries can last for years and require treatment for months. Don’t ever let an insurance adjuster tell you that your pain isn’t real.

The good news about working with Law Offices of Michael A. Kahn is that we take cases on a contingency basis. This means that you don’t pay us upfront and we handle all the costs of your case, including filing fees, witnesses, and investigators. When the case is settled, only then do we get paid. This also means that if we don’t deliver for you then we don’t get paid. Call us at (310) 209-1600 today for your free case evaluation.