Are You Surprised by Any of These Three Facts About Slip and Fall Accidents?

Home » Blog » Are You Surprised by Any of These Three Facts About Slip and Fall Accidents? 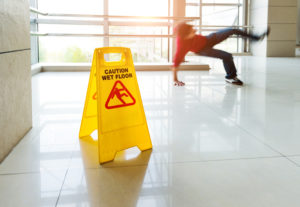 A slip and fall accident can happen almost anywhere. It can cause the victim to miss work or school, it can require significant medical costs, and it can change a person’s life for the worse. For these and other reasons, when the slip and fall is caused by someone else, the victim may be able to recover damages for their accident. As experienced personal injury attorneys in this field, we have found clients are often surprised by the following three facts.

There are situations in which actions you took before the accident can have a negative impact on your eventual settlement. For example, if you suffer a brain injury in a slip and fall accident, and you played football in college, the insurance company may argue that your recent injury was exacerbated by previous injuries and your settlement could be released as a result.

It is also true that in some cases, the accident could be considered partially your fault. If this is proven true then your settlement will be reduced by your percentage of fault. For example, if there was a sign saying the floor was wet and you fell, it would likely be partly your fault because you were warned. Most of the time the victim is not at fault but you can count on the insurance company arguing that you are.

There are many cases in which you could fall on a person’s property and they would not be held legally liable for your injuries. In order to prove that someone should be held responsible for your injuries, we must prove that the owner created a hazard or that they failed to protect one, that they knew or should have known about the danger, and that you suffered damages as a result of the fall. For example, if you fell down and suffered nothing more than a bruised knee, you would likely not have a case.

The statute of limitations on most personal injury cases in two years. However, in some instances, it can be as short as six months. This is why it is essential to contact a personal injury attorney sooner rather than later. Contact Law Offices of Michael A. Kahn at (310) 209-1600 if you would like to request a free legal consultation. We are standing by to help you better understand your options.