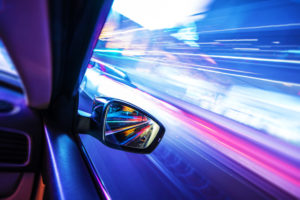 Speeding is always dangerous and increases both the chances of a car accident and that chance that if an accident occurs it will be catastrophic. This was the case in a recent accident in Los Angeles in which two nine-year-old girls were victims. Keep reading to learn more about this devastating accident. If you or a loved one has been injured in a similar accident, contact Law Offices of Michael A. Kahn at (310) 209-1600 to schedule a consultation with a personal injury attorney.

The basics of the accident

The two nine-year-old girls who became victims in the accident are clinging to life after an accident earlier in the month. Police currently believe that the driver of the car that caused the crash was illegally street racing when the crash happened. That driver collided with a small sedan that was driven by the mothers of the injured girls.

The mother was making a legal left-hand turn when she was hit by the alleged driver street racer. As a result of the impact, the woman’s sedan struck a utility pool. The girls immediately lost consciousness and suffered serious injuries, which prompted their transportation to the hospital. They were then put into medically-induced comas in an effort to reduce the extent of their injuries.

The driver is facing criminal charges

The driver of the vehicle that struck the sedan is facing criminal charges due to his role in the accident. The driver he was racing with left as soon as the crash happened but both drivers could eventually be held financially liable for damages.

The worst-case scenario may be a reality

The best-case scenario is that the girls will heal and their mother can sue the at-fault driver for damages. The worst-case scenario is that the girls do not survive and the mother is forced to file a wrongful death lawsuit. This could give her the financial assistance she needs to pay for the medical bills of the girls, their burial expenses, and other costs. There is no way to replace the girls but the mother should not be forced to deal with both the financial and emotional consequences of the accident.

Has a loved one been injured in an accident?

Do you have a loved one who has been injured or killed in an accident for which someone else was at fault? If so, you may have grounds for a personal injury lawsuit. We know this is a difficult time, which is why we provide comprehensive legal assistance to our clients.

If you believe you may have a case then your next step should be to contact Law Offices of Michael A. Kahn at (310) 209-1600. We can schedule a consultation. During that consultation, you can give us the information you have and ask any questions you may have. We can then give you an honest assessment of your legal options.